Comments Off on Read the first two chapters of ENVY OF ANGELS *for free* in Tor.com Publishing’s Fall 2015 Sampler! 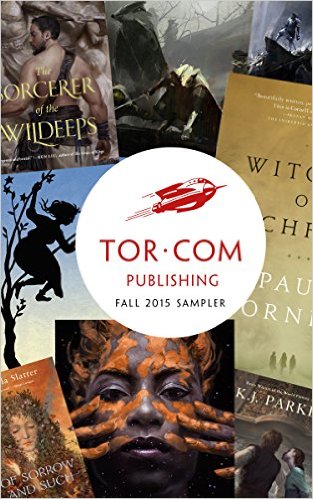 This is some genuinely cool shit. Tor.com Publishing has released a 100% free downloadable sampler of their fall 2015 line, which includes the first ten novellas they’ll be putting out in print, ebook, and audiobook over the next several months.

The sampler includes the opening chapters of ENVY OF ANGELS, the first book in my new epic urban fantasy series about food and magic and monsters called Sin du Jour coming out on October 20th.

In addition to me, the sampler features excerpts from the following badass novellas…

THE SORCERER OF THE WILDEEPS by Kai Ashante Wilson

THE WITCHES OF LYCHFORD by Paul Cornell

THE LAST WITNESS by KJ Parker

OF SORROW AND SUCH by Angela Slatter

THE BUILDERS by Daniel Polansky

DOMNALL AND THE BORROWED CHILD by Sylvia Spruck Wrigley

It’s a genuinely stunning list of authors and works that run literally the entire gamut of SFF. You *will* find a book to love among these offerings. I guarantee it.

And the sampler is free.

You have no excuse not to check it out.

And after you’ve checked out these delectable samples representing some of the best work being done in the genre, take the plunge and pre-order ENVY OF ANGELS in paperback or ebook and the rest of the Tor.com fall line. If you grab ever ebook available it will cost you around thirty bucks, or roughly the price of one hardcover release.

Damn I love my job.

And remember: In 2015 novellas are the new novel.