The sequel to the acclaimed, spellbinding epic fantasy Savage Legion by Hugo Award–winning author Matt Wallace about a utopian city with a dark secret…and the underdogs who will expose it—or die trying. 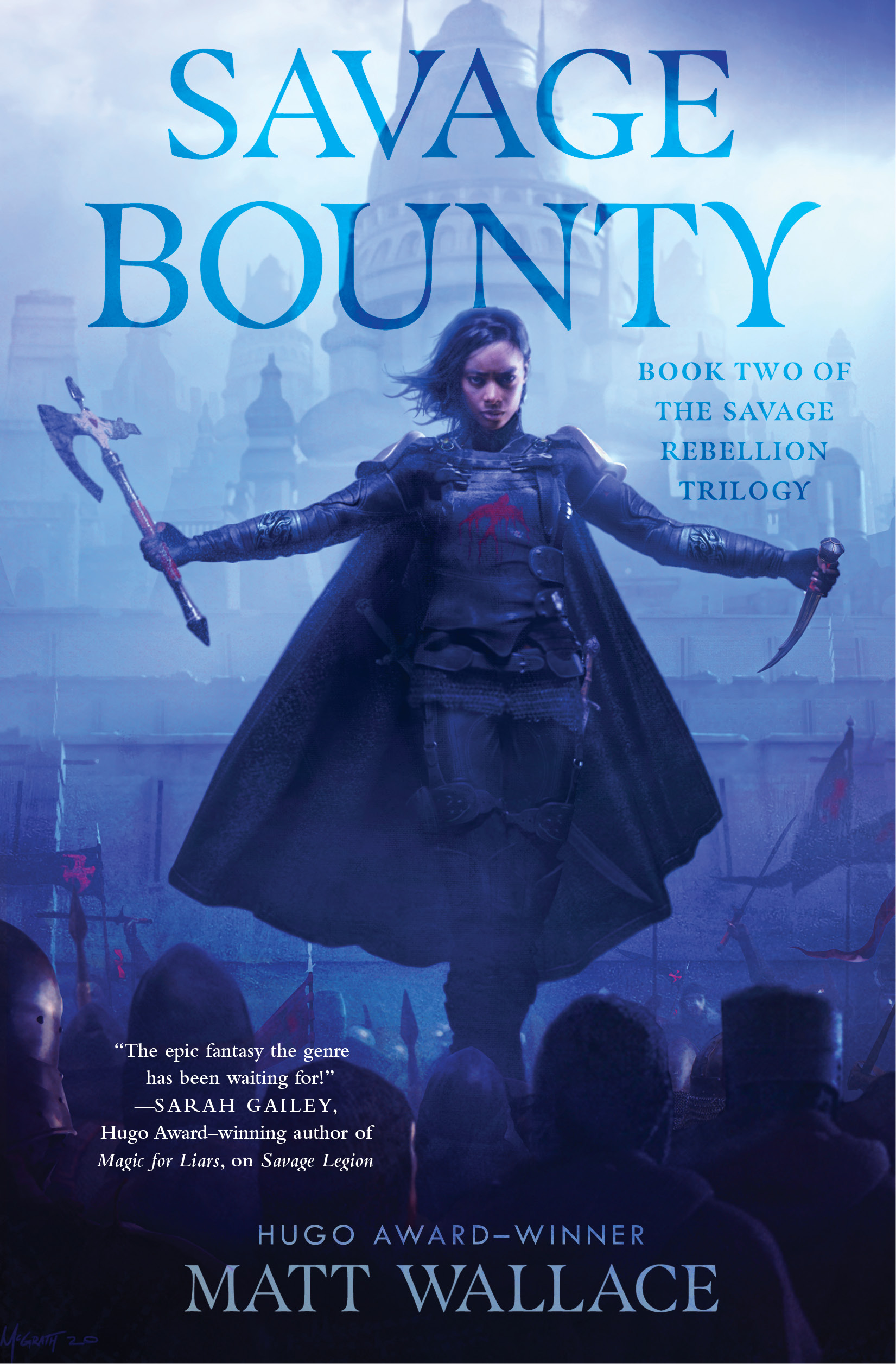 A war has begun. Savages, the empire’s most valuable resource, have been thrown at their captors’ enemies long enough. If their rebellion succeeds, it will undo a nation.

At the helm of this Savage uprising is Evie, the Sparrow General. It isn’t a title she asked for or particularly wants, but she is the last hope for several peoples at the edge of extinction. Back in the empire’s city seat, Dyeawan, a brilliant young strategist plucked from the streets, must risk her life to maintain her newfound authority. And Lexi has finally taken control of the guild built by her family, but she finds herself at the heart of a sinister power play that could tear apart society as she knows it. Meanwhile, Lexi’s loyal retainer, Taru, has been conscripted into the legion of Savages still under the empire’s control.

These four individuals hold the fate of the world in their hands. But even if they survive their missions, they may find themselves at odds with one another.