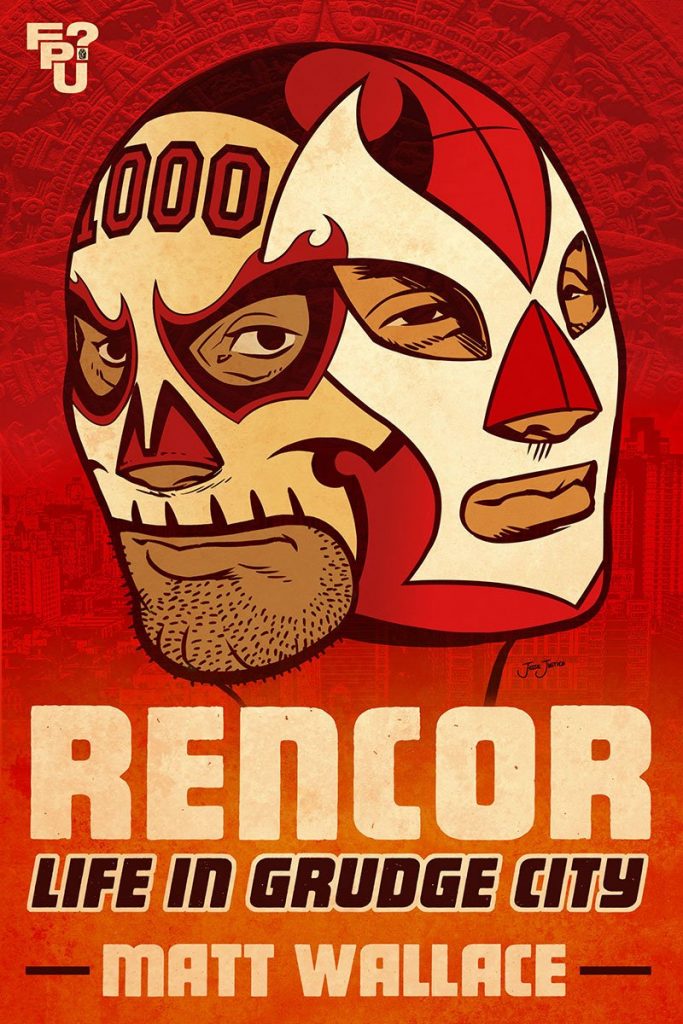 If you follow me on social media and/or read this blog with any regularity, you’ve probably heard me talk about my wayward days before I began wordslinging for profit. Back then my primary focus was professional wrestling. I began training to become a pro-wrestler at the legendary LIWF Doghouse in Brooklyn when I was 15 years old, and I spent the next ten years wrestling all over the country and in Mexico under the names The One Man Riot Squad, One Man Riot, and finally Deacon Riot, beginning as one-half of the East Coast indy tag team The Legion Knights.

I retired in my mid-twenties because, quite frankly, I wasn’t good enough to make it to the show and I’d lost the heart to push through that. And once your heart isn’t in pro-wrestling, you better quit before it kills you. I was a solid worker. I really was. But with no middle industry left in the business you’re either at the top or the bottom, and I didn’t want to spend my life at the bottom. So I left it behind, started writing. I don’t regret the decision. It was the right call.

Folks who know me now that didn’t know me back then often ask to see some example/proof of my time as a pro-wrestler. As an indy guy, I didn’t make it on national TV all that often, so those kind of records aren’t much with the existing. I did, however, document most of my career with an old VHS-C camcorder I bought in Times Square. Those little tapes have been sitting in a box, which is now a plastic tub my fiancée made me buy, for all this time, a victim of obsolete technology.

Until now. I finally broke down and bought some good VHS-to-DVD software that allows me to hook up an old VCR to my laptop and not only view this stuff, but rip it digitally. As I started going through it, the first time I’d watched footage from those days in quite a while, I was surprisingly pleased and at peace with what I saw. So much so that I’m finally ready to share it with friends and colleagues and readers who’ve asked.

I’ve created a new YouTube channel called The Riot Tapes. There I’ve begun posting match clips, full matches, old promos, and odd and funny bits and bobs spanning the ten years of my life as a pro-wrestler, from being a chubby teenager learning the trade and the craft in Brooklyn all the way to a seasoned veteran winding down his career in Texas. There’s a lot that’s funny, a lot that’s brutal, and some stuff that’s actually pretty good if you’re a pro-wrestling fan. These tapes also feature me working alongside some guys that went on to be big stars in later years in TNA, WWE, and around the world. But mostly it’s just a way to preserve a big, formative part of my life and share it with the select group of folks who care. I’ve been writing up as much context for each clip as possible in the video descriptions on YouTube, and they also include my memories and little anecdotes if I feel there’s one worth telling.

I’ll continue to upload and post things as I cull through my archives. There’s no set or regular schedule right now. It’s simply whenever I have time to attend to boxes of VHS tapes around all the other things I have to do. I’ve also got a whole library of 8mm tapes I haven’t even been able to watch in ten years because that camcorder broke, I never replaced it, and they don’t make adaptors for 8mm. So I’m sure at some point I’ll invest in an old camcorder and start ripping those.

If it’s not your cup of tea or you simply don’t care, no worries. I’m not big on other folks’ scrapbooks, either. But if you’re interested in seeing where I come from and where I’ve been, or if you’re a pro-wrestling fan, or both, I hope you draw some small amusement from this new little side project.