Hey, folks. If you’re joining our program in-progress, my new book ENVY OF ANGELS dropped just shy of two months back, and it’s been received better than I could have ever possibly anticipated. Both reader and critic reviews have been almost universally positive, including utterly sick write-ups from Publishers Weekly, Barnes & Noble’s Sci-Fi and Fantasy Blog, SF Signal, and a slew of other review sites and blogs. People are loving and laughing at the book, and the latter is particularly gratifying as this is my first big work with a lot of comedy and comedy in genre fiction can be particularly difficult to pull off.

I’m pretty proud of it.

ENVY OF ANGELS is, of course, the first book in a planned series of seven called Sin du Jour from Tor.com Publishing’s amazing new novella line of books. The first sequel, LUSTLOCKED, is scheduled for release early in the new year on January 26th, and a bunch of badass stuff is already happening around this book that I wanted to share with y’all.

Yesterday LUSTLOCKED received a starred review from Publishers Weekly. You can read their full review of the book by clicking here. This is a really big deal for me for a few reasons, the first being it’s just plain a big damn deal to get a starred review from PW, and it’s my first. The second reason is while PW loved the first book and I couldn’t have asked for a better review, it wasn’t starred, so I never expected LUSTLOCKED to get one. Frankly I was worried folks wouldn’t think it measured up to ENVY (despite the fact that, as my fiancée pointed out when I told her this, both she and my editor like/d it better than ENVY). Finally, thus far the only other book in Tor.com Publishing’s new novella line to receive a starred review from PW is Kai Ashante Wilson’s THE SORCERER OF THE WILDEEPS, and having read that myself and the way other folks are talking about it, to be in its company in any way is a fine thing indeed. And unexpected.

So, it’s very cool. It was a big damn excellent surprise, and a fantastic Christmas present. Not as fantastic as proposing to my lady a week ago and having her say yes, but still pretty damn sweet.

All-in-all my holiday kind of rules so far. 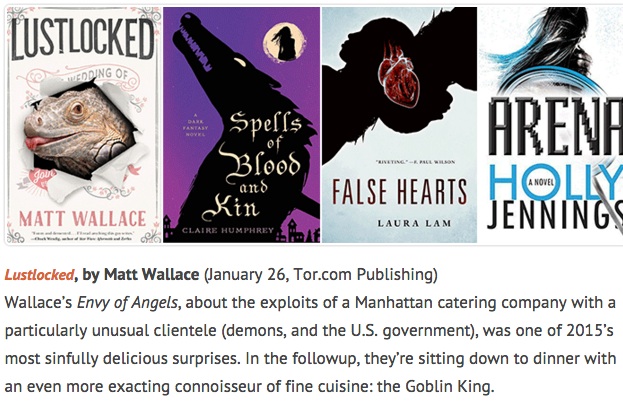 Also very cool: If PW’s review and B&N SFF Blog’s list whet your appetite for the book, you can head on over to Barnes & Noble’s SFF Blog to read an exclusive, lengthy, and revealing excerpt from LUSTLOCKED right now for free. This is the only excerpt from the book that’s been released and is currently on-line, so it really is an exclusive. It also drops one of the big cool reveals in the book, and people seem to be digging it. I really do want to thank B&N SFF and Joel Cunningham in particular for their coverage and support of the series at such an early stage. It’s really helpful, and very much appreciated.

Finally, on the heels of all of that. Tor.com just announced a Goodreads giveaway of LUSTLOCKED that is currently accepting entries from US and CA readers. They’re giving away three copies of the book. Again, this is all totally free with no obligation attached. You can go enter that by clicking here. And if you win and want me to sign it I’ll even hook that up for you. Just drop me an email.

So, yeah. It’s exciting stuff, folks. I have high hopes for Sin du Jour as both a series of books and a property to adapt into other groovy mediums, and there’s already talk happening around that. But as far as the books go, we’re really all committed to just building this series slowly and steadily and turning it into something great, and early on things couldn’t be going better. I really appreciate your support, and you buying and reading the books, and especially creating good word-of-mouth around them, is absolutely everything. Thank you.

I will now blast you with a bunch of pre-order links for LUSTLOCKED and I hope y’all will consider plunking down the cash to get your copy as soon as it drops.

Pre-order LUSTLOCKED in paperback from Amazon (US)

Pre-order LUSTLOCKED in paperback from Barnes & Noble (US)

Pre-order LUSTLOCKED for Kindle (US)

Pre-order LUSTLOCKED for Nook (US) 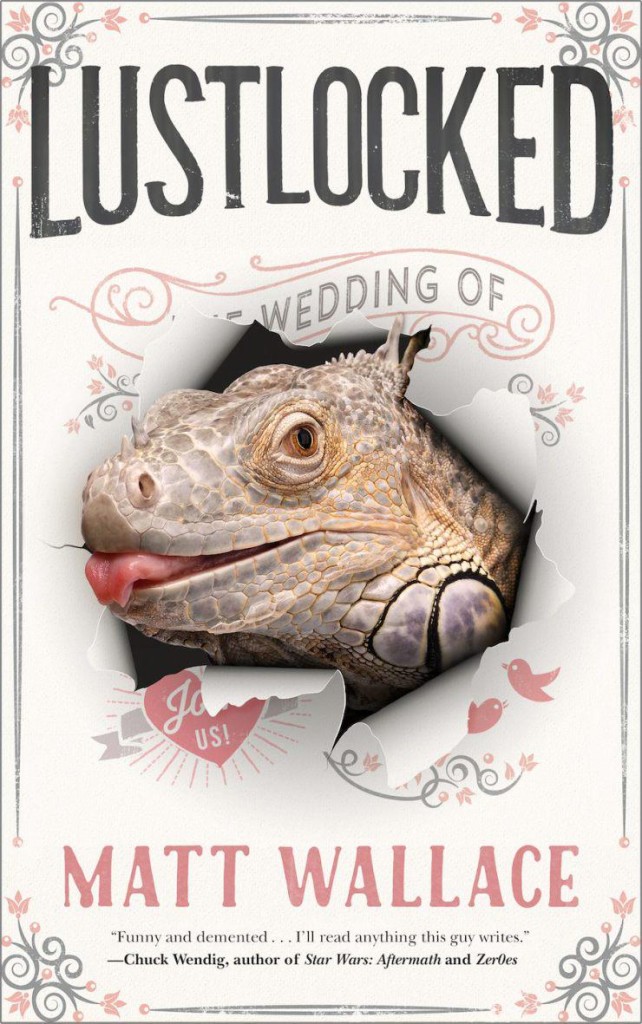