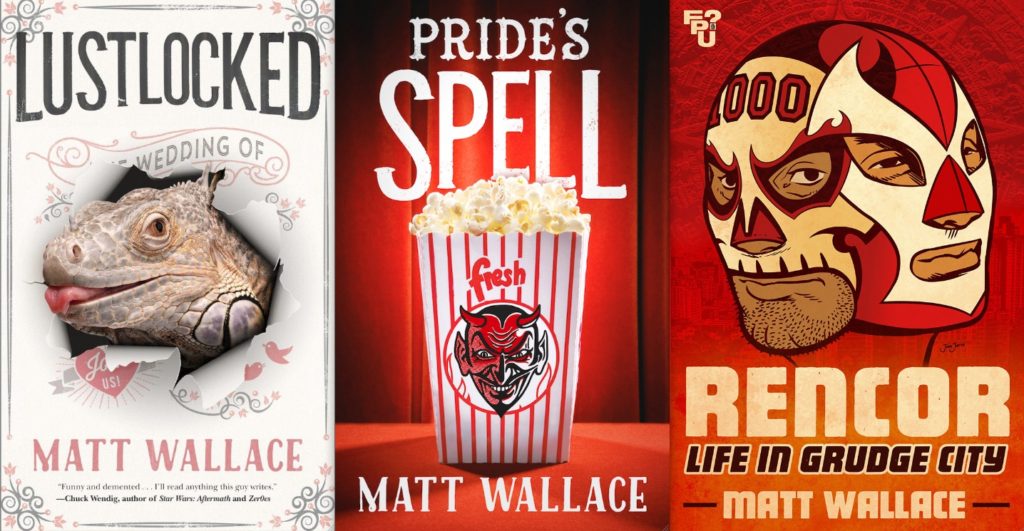 [This was actually posted on Tor.com Publishing’s Twitter this Friday past, but as everyone seemed to be at one convention or another I thought I’d repost it, and I wanted it up here anyway.]

This phantasmagorically amazing cover for my short story “Small Wars” was recently revealed by Tor.com Publishing and was created by artist Goñi Montes under the ever superior supervision of Irene Gallo and her crew.

I absolutely love this cover. It may be one of my all-time favorites of anything associated with my humble scribblings.

The characters featured on the “Small Wars” cover largely compose what my editor refers to as “The Team.” Sin du Jour is a modern NYC catering company that plans and executes events for the world of the supernatural. As such, their “Stocking & Receiving” department is actually a covert operations unit that scours the globe for rare, magical, and often highly dangerous ingredients for their menus.

From top to bottom we have: Moon, the team’s resident taste-tester/Guinea pig, who has a natural resistance to curses/hexes and whose personality grates pretty much everybody. Cindy, former Naval EOD technician, the team’s second-in-command, and probably the person most annoyed by Moon. Ritter, largely affect-less team leader who seems to have a magical solution to every problem. Hara, the silent ancient language expert who also happens to be a human mountain. Finally, there’s Ryland, who isn’t strictly part of the team, but Sin du Jour’s resident perpetually chain-smoking, wine-swilling, wise-assed alchemist who is in no small way based on Irish comedian Dylan Moran.

“Small Wars” finds the team traveling to Wales to harvest a key ingredient for a royal Goblin wedding, and ending up embroiled in a war between two subterranean races. The story was actually inspired by this essay I wrote in 2013, which has become one of my most-read/popular.

But one of the things I like most about the story is it afforded me the opportunity to explore backstory that really hasn’t fit in any of the books so far. We get to see Ritter recruiting each team member and learn more about where they come from and how they ended up working at Sin du Jour. And I got to write about the international combat knife fighting tournaments Soldier of Fortune used to sponsor in Vegas, by far one of the weirdest scenes I’ve ever taken in.

I obviously am quite fond of these characters. They’re some of my favorites from the series. Which is what makes seeing them illustrated so wonderfully for the first time such a cool fucking thing.

“Small Wars” is scheduled to go up on Tor.com in January.

My continued thanks to my editor, Lee Harris, Carl Engle-Laird, Irene Gallo, and Goñi Montes.