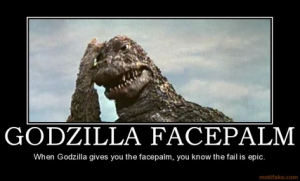 “Have you heard about Gravity?” the love of my life, Nikki, asked me.

I was barely paying attention. I think I was watching the red band trailer for HOT TUB TIME MACHINE 2 for the sixth time (that bit where Rob Corddry and Craig Robinson slowly start singing, “You’re a fuckin’ nerd” at Clark Duke slays me. I’m not a perfect person).

“The movie?” I asked in my distracted state.

“This author is suing them.”

I was, and I admit this shamefully now, unmoved. Because authors and screenwriters sue the makers of successful movies and the publishers and authors of successful novels all the time.

And it sucks when it happens, when someone actually has his or her work stolen. And it does happen. A lot. People also make up shit. A lot.

But it happens all the time.

Then Nikki said this: “I guess she wrote the novel Gravity.”

That pulled my attention a little more. I had been unaware that such a novel existed. I remember the movie at its peak (I was as flattened as anyone by its visual power, but I felt what was severely lacking was the writing). I remember Alfonso Cuarón and his son credited as the writers of the original screenplay.

I didn’t remember it being based on a book.

It seems author Tess Gerritsen sold the rights to her novel GRAVITY to New Line in 1999. In exchange she would receive credit, a production bonus, and net profit points if the movie were made (not only is that never a given, it’s rare).

In 2008 New Line was “acquired” by Warner, who then went on to make the movie GRAVITY from Cuarón’s supposedly original screenplay concerning a medical doctor/astronaut left adrift in space after satellite debris kills the rest of her crew.

The novel GRAVITY is about a female medical doctor/astronaut trapped on the International Space Station after the crew is killed in a series of accidents. Later, as they developed the film, Ms. Gerritsen wrote scenes in which satellite debris broke apart the station and her protagonist was left adrift in her EVA suit.

The facts had at this point intrigued me on the level of juicy gossip.

Again, I admit this shamefully. I’ve lived and worked in Los Angeles for almost five years. It jades.

That’s when my lady (who, incidentally, is a brilliant attorney) dropped the ATOM BOMB OF HORROR RADIATING AT THE HEART OF THIS STORY.

Nikki went on to explain to me that author Tess Gerritsen was NOT suing Warner Bros. over copyright infringement or intellectual property theft.

Ms. Gerritsen admits openly and freely that Warner had every right to make the movie GRAVITY, utilizing her story as they saw fit.

She sued them because they brazenly screwed her out of the credit, payment, and profit she was guaranteed from the movie clearly (at least to me) drawn from her work.

The court doesn’t seem to dispute any of that.

This is the horror bomb part.

What both the court and Warner Bros. argue is Warner is under no obligation to honor the contract New Line made with her.

I mean all they did was buy the company and utilize the asset it had acquired via that contract to make a huge-ass hit movie.

I reiterate: This is not another case of a writer saying, “Hollywood stole my story.” This isn’t a case of greed or fame chasing.

This is a case of an author making a deal to sell their work to a studio for a contractually agreed upon amount of credit and compensation, and then, when that studio was bought up by a larger company, the new owners keeping that author’s work and utilizing it to make a film while ignoring the deal that was made with her.

Tess Gerritsen is a professional writer who entered into a contract, and she wants that contract honored.

Yet now it appears a court of law has ratified the studio’s ability to toss out that contract and shaft the writer whose original work has helped them reap over seven hundred MILLION dollars in gross profits around the world.

The precedent that sets is horrifying.

And it will be a precedent, a complete win. This will be legally binding. This will be the case any company that buys out another company cites when denying creators credit or money for the work that company acquired in the sale.

It is, in my humble opinion (and that of my, again, brilliant attorney other half) a terrible decision.

A couple of things here. Forgive me if this seems obvious to you. The first is authors need option money. They need money from other mediums. Because the pay for authors usually sucks. The second thing is other studios and corporations buy out studios all the time.

Genetically splice those things together with the decision handed down to Tess Gerritsen concerning her story and you have an income-consuming, career-siphoning, author-killing mutation of atomic-age cinema proportion.

You can read Tess Gerritsen’s own account of all of this on her blog by clicking here.

Look, I don’t generally consider fiction writers what I’d label a “pro-active” bunch. In point of fact I consider the majority of those in my profession passive to just north of being involuntary gimps. Which is why writers for both page and screen barely rate the primordial sludge on the evolutionary scale of our respective industries.

But if you’re an author you really need to do three things right now.

Ms. Gerritsen’s lawsuit isn’t over. She and her team have twenty days to revise their complaint, addressing the relationship between New Line and Warner Bros., and re-present it to the court. Now, you probably can’t help her with that part of this whole thing, but the action you can take is to make noise about this. Get it on more radar, get more people in and out of the industry talking about it, and bring more attention to bear on a very real and potential cataclysmic problem for writers in Hollywood.

It can’t win court cases (in theory), but silence only makes it easier for everyone to dismiss this, rubberstamp it, and make it the law outright.

Writers have to make it more difficult to steal from writers.

Because right now, even after all this time and all those Harlan Ellison rants, it’s still way too fucking easy.

The second action you need to take is this: Cover you ass. You need to be aware this is a very real possibility when your work is optioned by any entity. And you want your work to be optioned. You want it to be made into television series and films. These things are good for your career, your family, and your future.

Oh hey, I know, who DOESN’T cover their ass? You’ve got agents, managers, and lawyers. You’re good, right? No. That’s the point. Even if you have an ironclad contract with the entity buying your work, this specific scenario is a very real possibility and needs to be addressed, and it can absolutely screw you.

I’m also personally disappointed in Alfonso Cuarón, a man whose work I respect and whom I feel has added significantly to mainstream SFF (and whether you want to admit and deal with it or not, how SFF is created and perceived in mainstream films affects you and the genre market massively).

You expect more from individual creators.

You shouldn’t, but you still do.

Also on a personal level I feel for Ms. Gerritsen. Because let me tell you, folks, it’s hard. It’s hard to ever, even once in your lifetime, let alone career, see a story you wrote make the long, perilous, spirit-and-psyche-crushing journey to become a film, let alone a major theatrical release.

And for that theatrical release to become massively successful, both critically and commercially?

And for all of that to happen after more than a decade for a book that wasn’t a Potter-like smash global phenomenon hit?

The odds are infinitesimal, folks.

This should have been such a triumph for Ms. Gerritsen. She should have enjoyed her brief mention among the credits, and reaped the profits from the success.

Instead she’s been shut out of the club.

Oh, and the gargantuan bulletproof padlock they put on that clubhouse door?

You could be staring at that lock too if her lawsuit ultimately fails.

There’s absolutely nothing wrong with being a gimp, unless you didn’t make the choice to put on the zippered leather hood.