Comments Off on Welcome to the Party, Pal, or: 15 Things You Absolutely Positively Need to Know About Sin du Jour 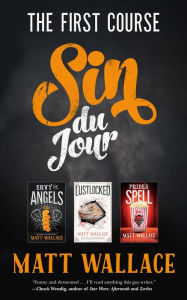 « The Awards Eligibility Post Rides Again, or: We Made the Mistake of Blinking
IDLE INGREDIENTS is out today! »